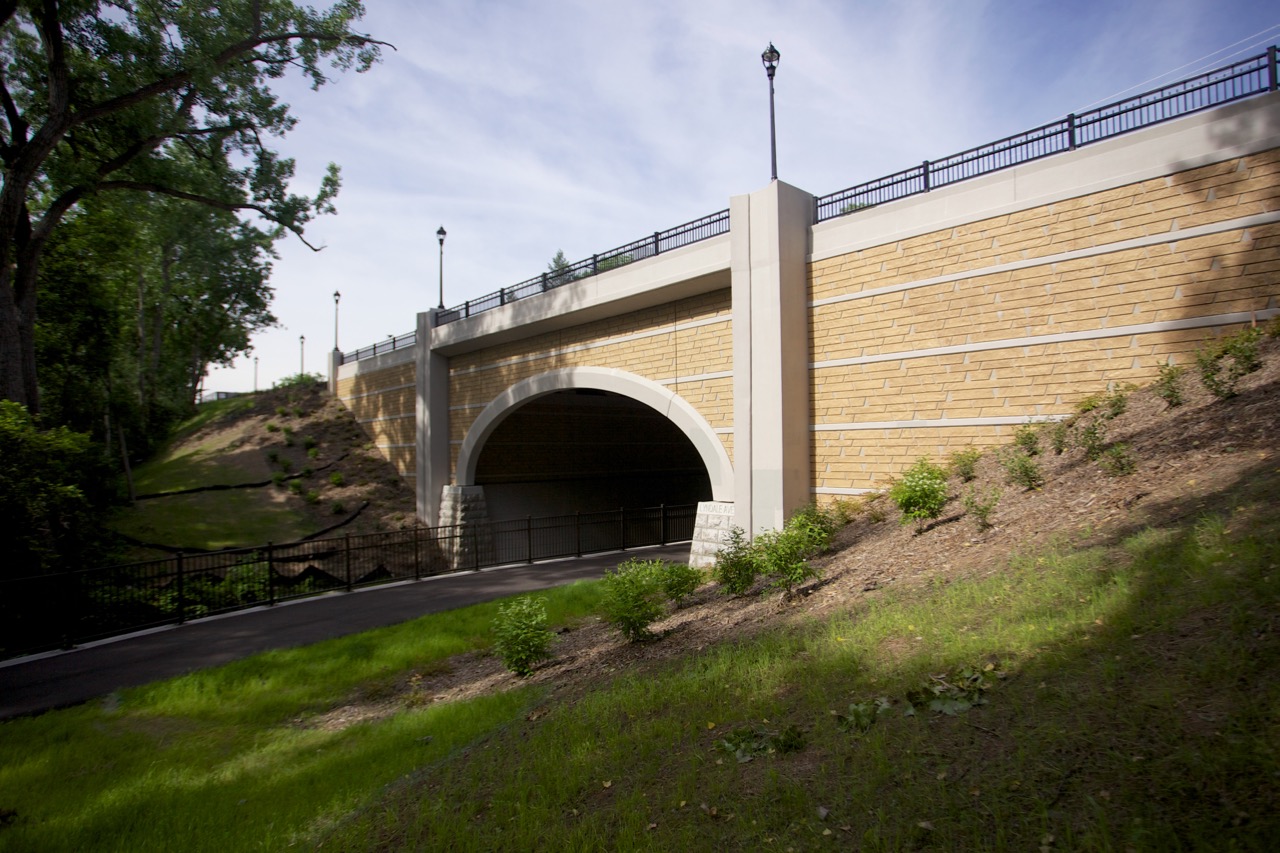 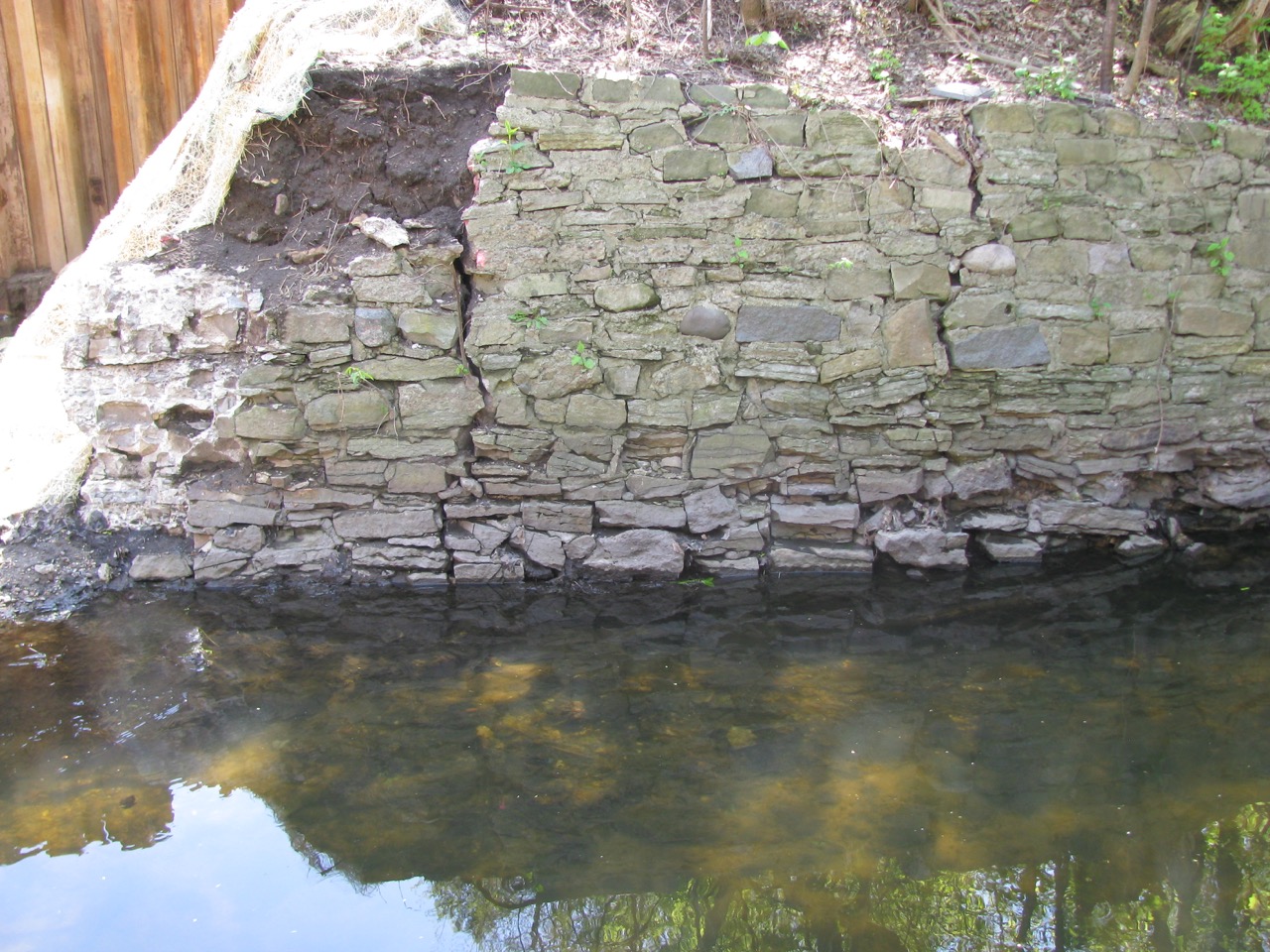 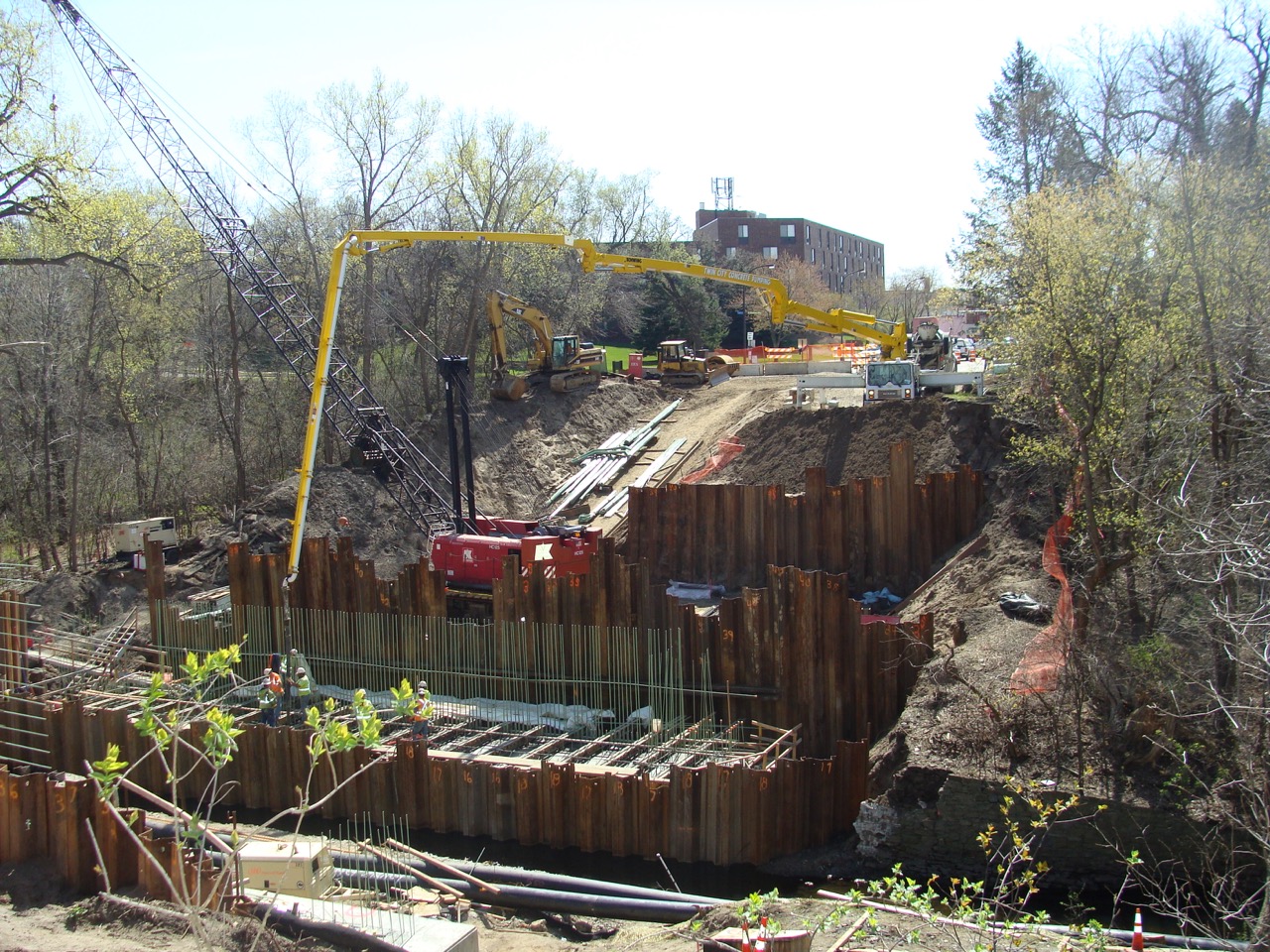 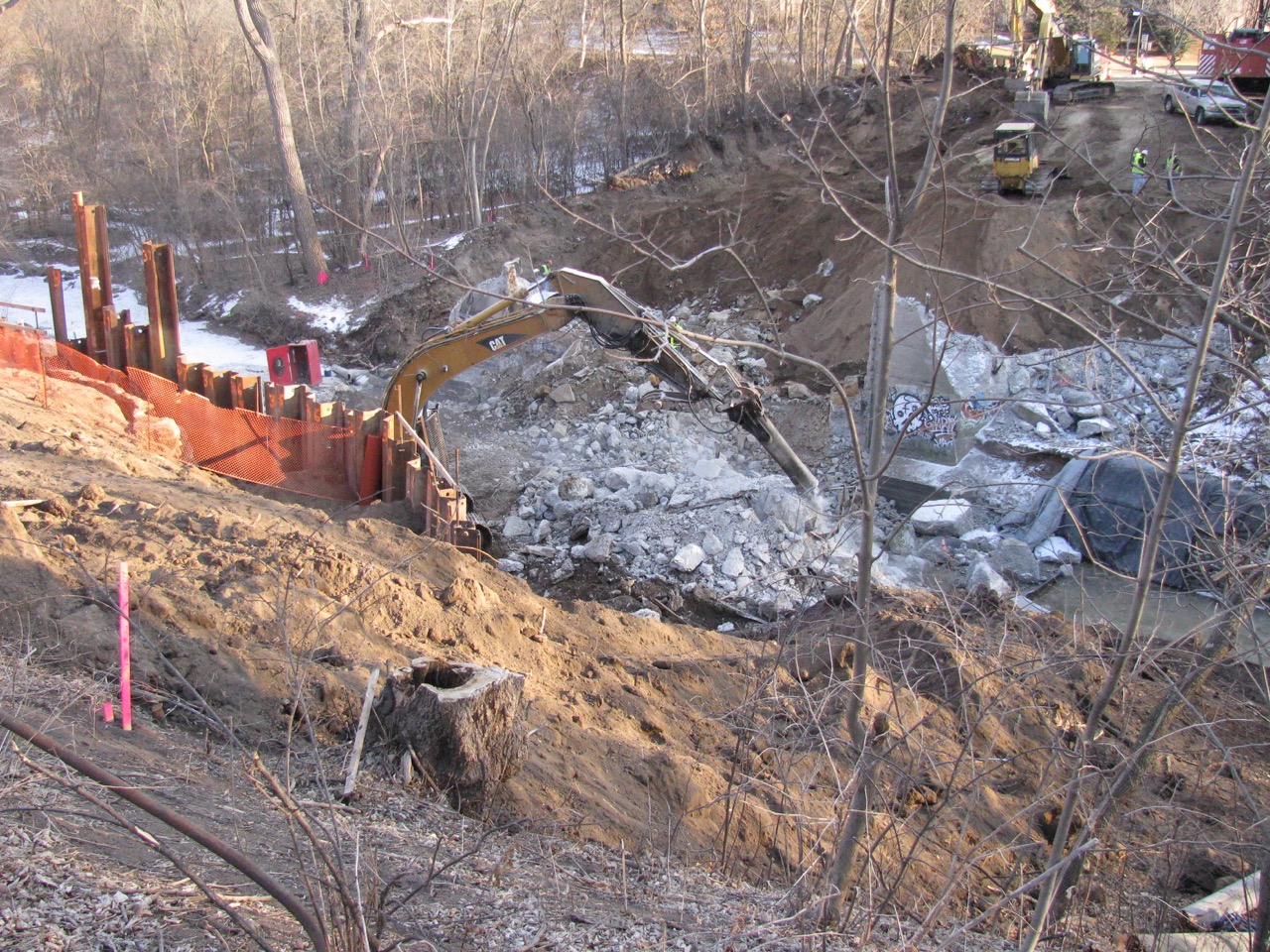 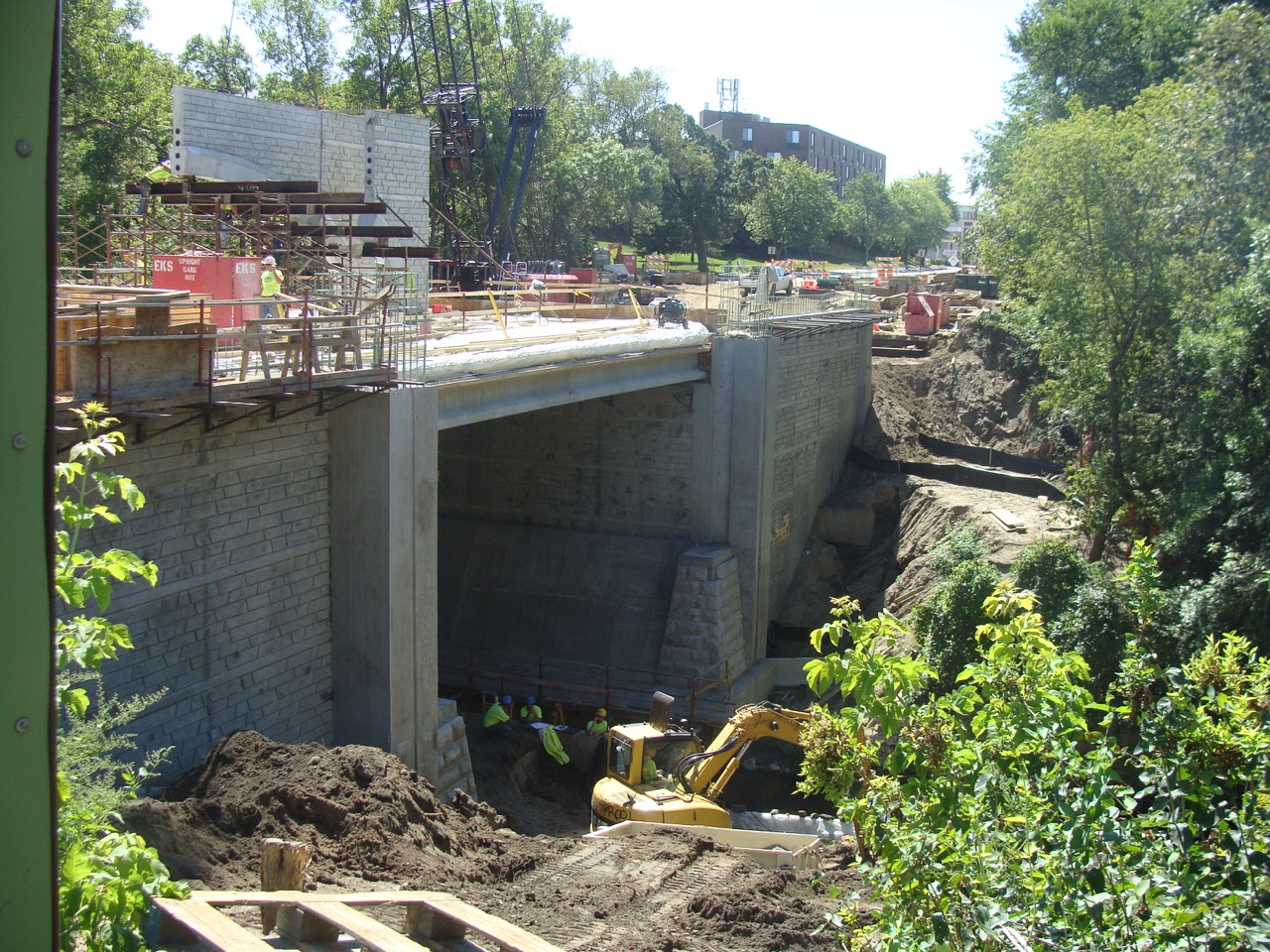 Bridge 90444 was originally built in 1892 as a single span masonry arch over Minnehaha Creek at the site of a flour mill that had previously been removed. The bridge was remodeled in 1984 and then completely removed in 2012 to be replaced with a new bridge. In 2012, Bridge 27B81 was constructed in the same location and the old bridge. This bridge is a single span prestressed concrete beam with tall abutments and precast concrete fascia panels on each side to mimic the previous masonry arch. The new bridge was once again opened to traffic in October of 2012.