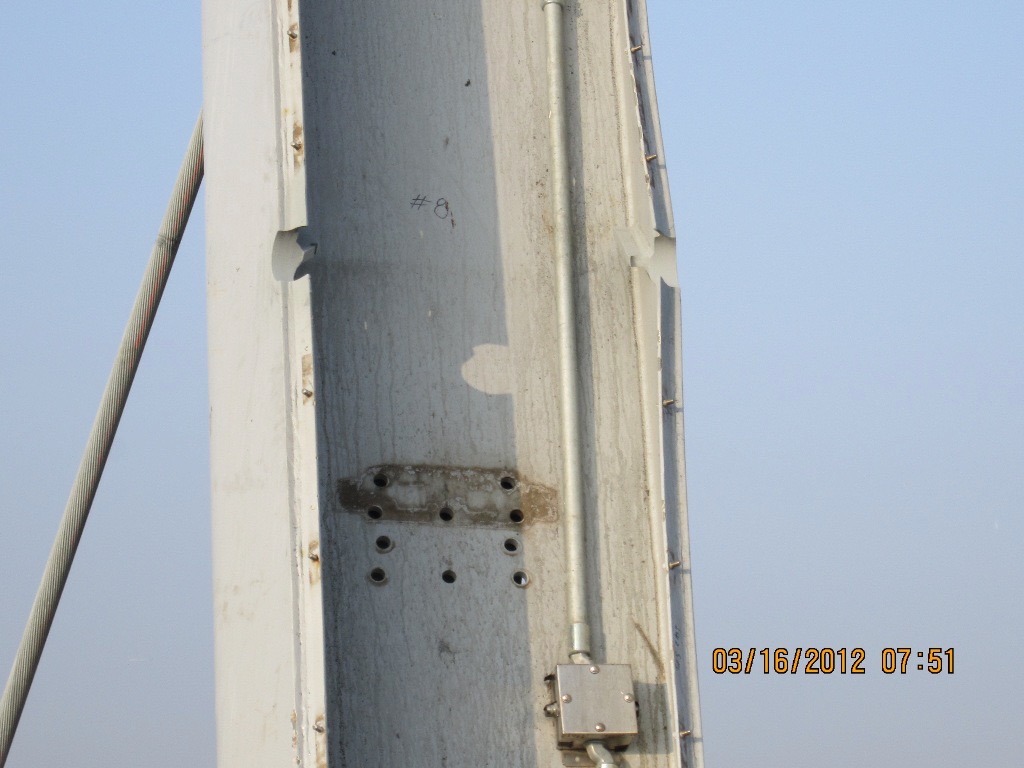 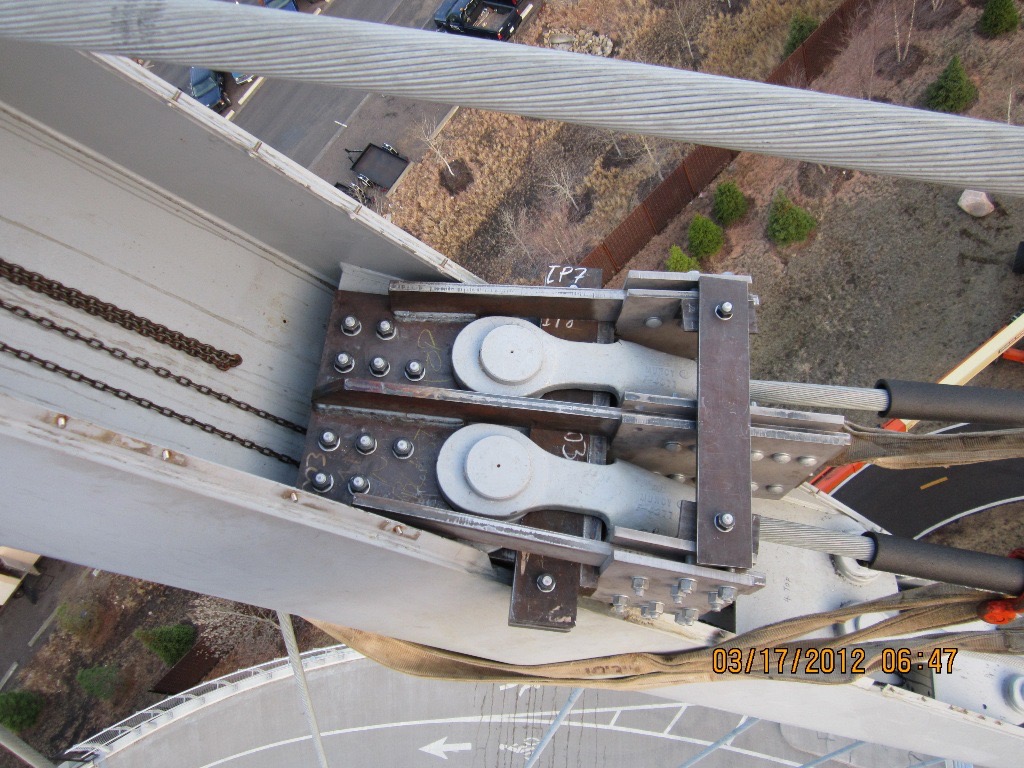 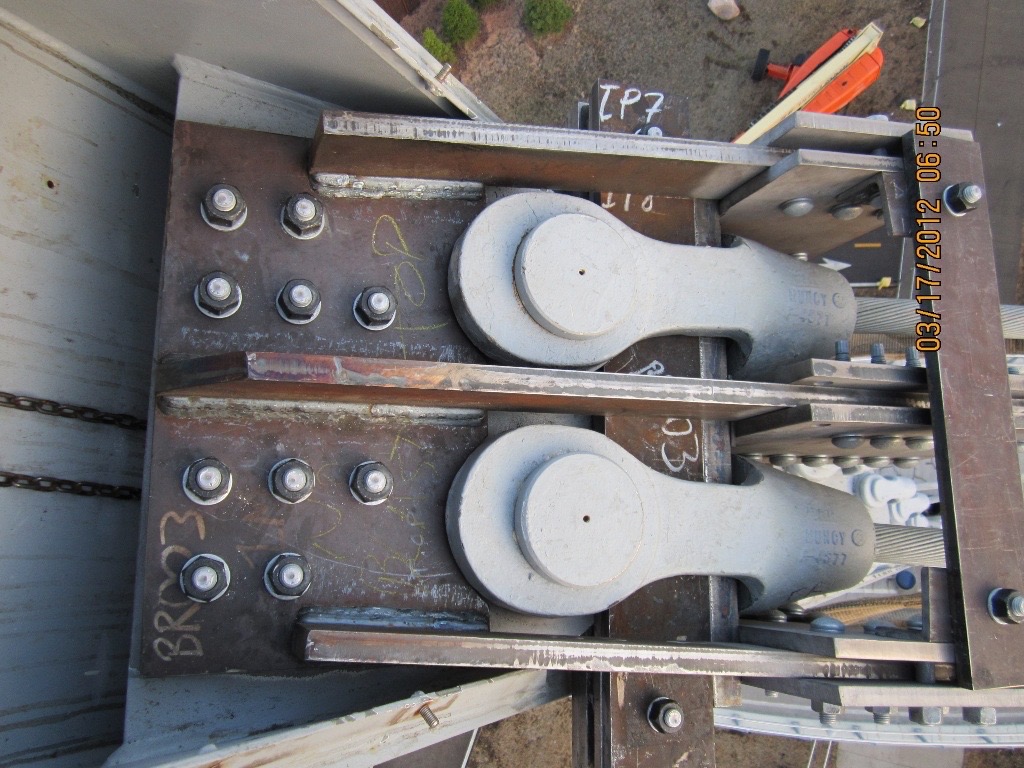 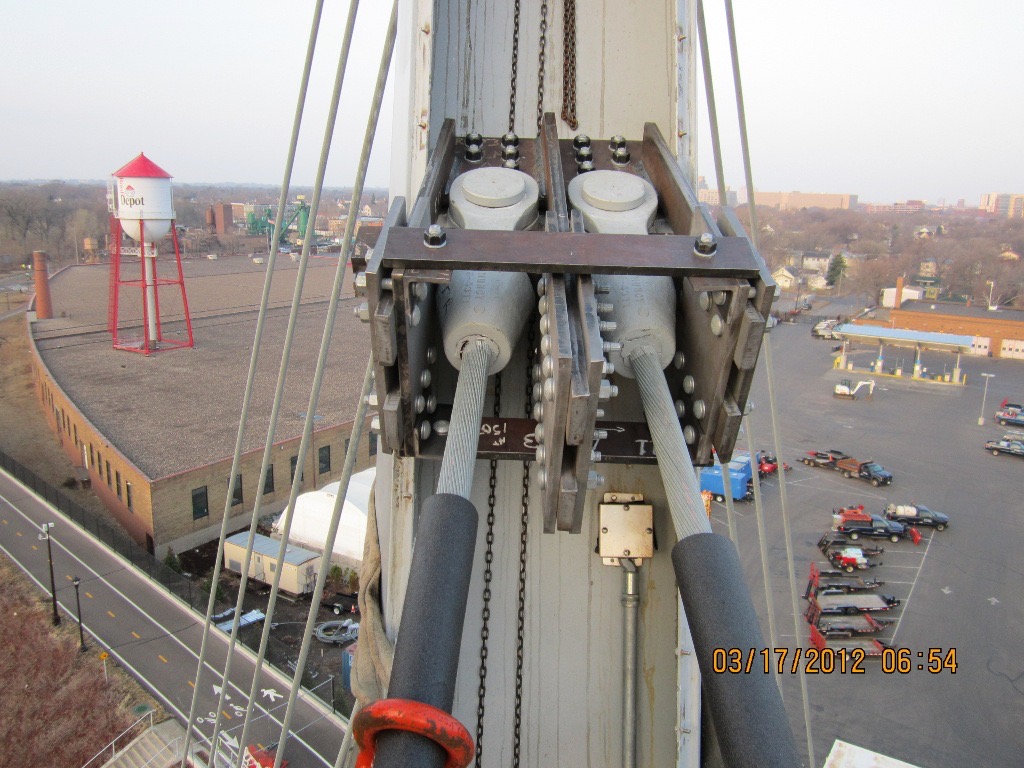 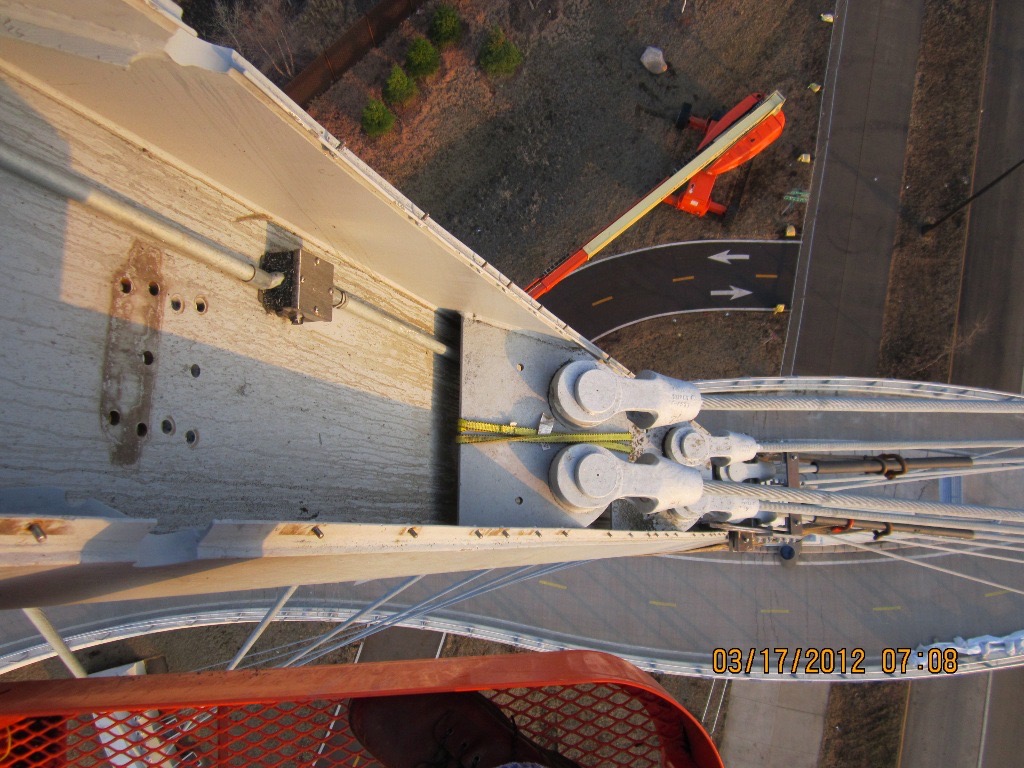 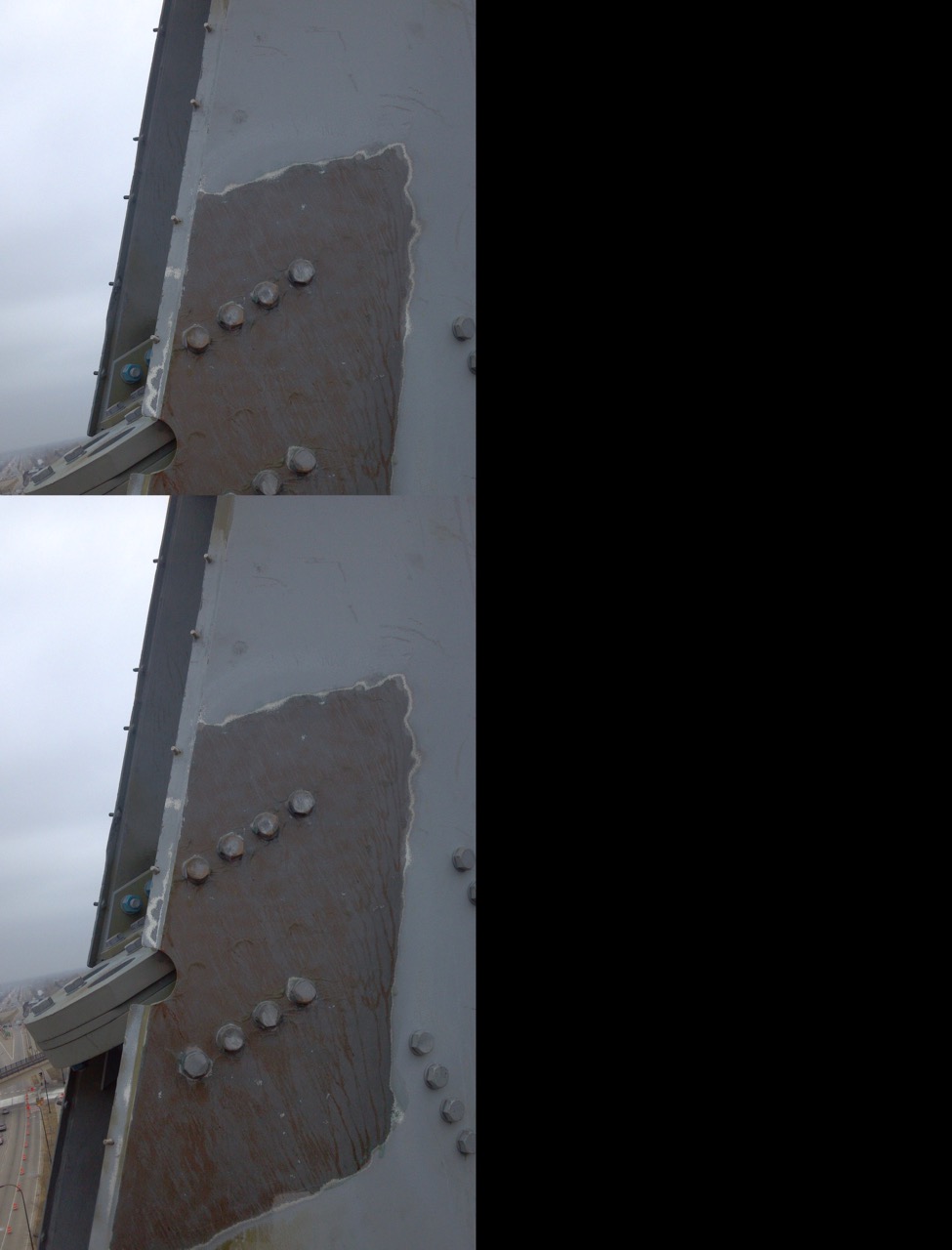 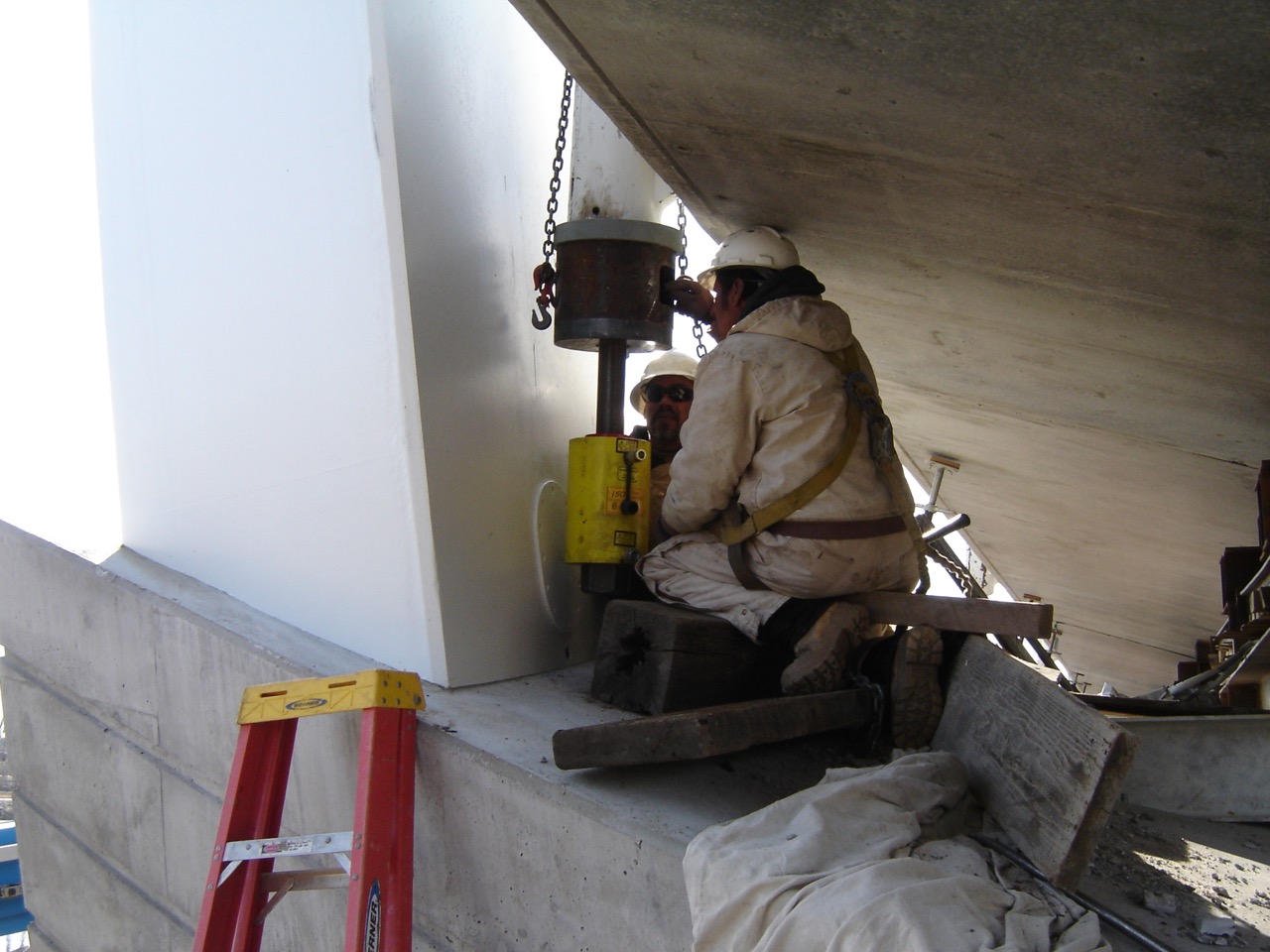 Bridge 27B35 is the first cable-stayed suspension bridge in the state of Minnesota. It was originally constructed in 2007. In February of 2012 the bridge was temporarily closed when two of the cables fell due to cracks at their attachment points. The bridge has since been repaired, strengthened and re-opened.

O.N.E. participated in the inspections of the damaged connections after the cables fell. We also played a major role in designing the repair plates to strengthen each connection. Once this step was completed, tests were done on the cables themselves to measure vibrations. O.N.E. also designed a dampening system for the primary cables.